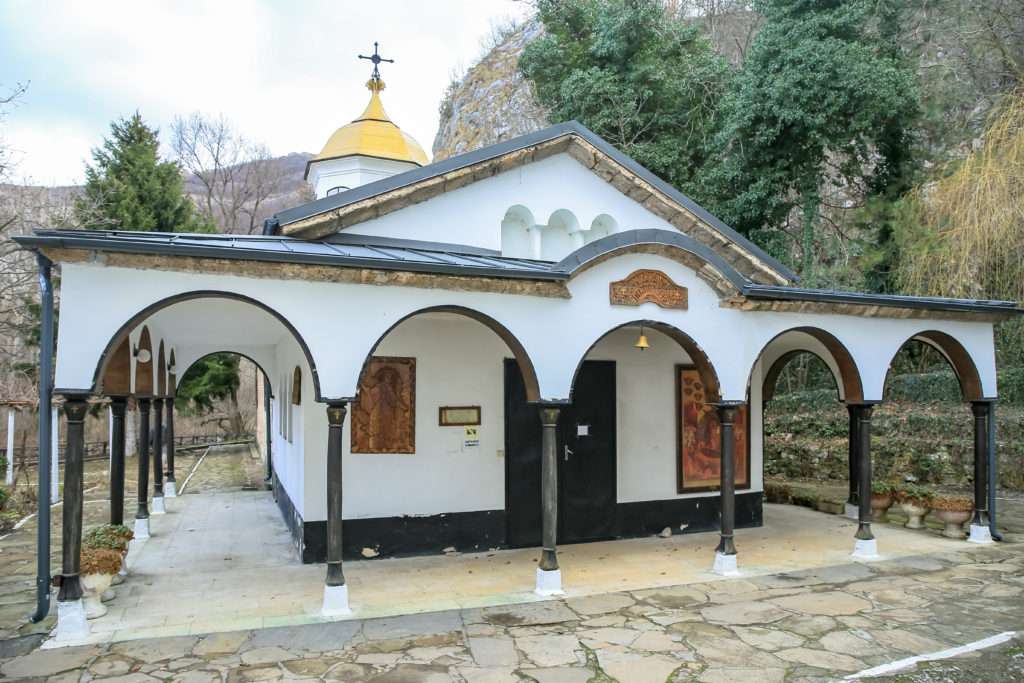 We now head to the Vratsa Balkan, where, perched on the riverbank of the breath-taking Iskar Gorge, close to Cherepish Train Station, we can find one of Bulgaria’s most beautiful Orthodox complexes – Cherepish Monastery of the Assumption of the Theotokos, a monument of culture of national significance. Lying only 90 kilometres from the city of Sofia, the area is known as Bulgarian Switzerland by the locals because of its magnificent landscapes, above which the monastery majestically rises. Its founding has been dated back to the time of the Second Bulgarian Empire, during the rule of Tsar Ivan Shishman (1371-1393). At that time it was an important centre of literature and education. The legend goes that a wealthy Turk named Rashid built one of the dormitories in gratitude for his daughter’s being healed upon visiting the monastery. Time seems to have stopped here! The monastery is surrounded by magnificent scenery – steep white rocks overlooking the Iskar River, green eco-trails and breath-taking waterfalls. The Cherepish rocks, rising on both sides of the river, and Ritlite, a spectacular rock formation declared a natural landmark, are just some of the wonders of the area. Until 1991 the monastery was also home to Sofia Theological Seminary, moved here during the Communist regime. Today it has a rich book collection and church plate. Its relics include a Typikon of 1390-98, the famous Cherepish Gospel, embossed by the craftsmen Kostadin and Nikola of Chiprovtsi, and the Gospel of monk Danail of 1616. Some of its older murals were painted by Pimen Zografski.

The Church of the Holy Ascension, Vratsa