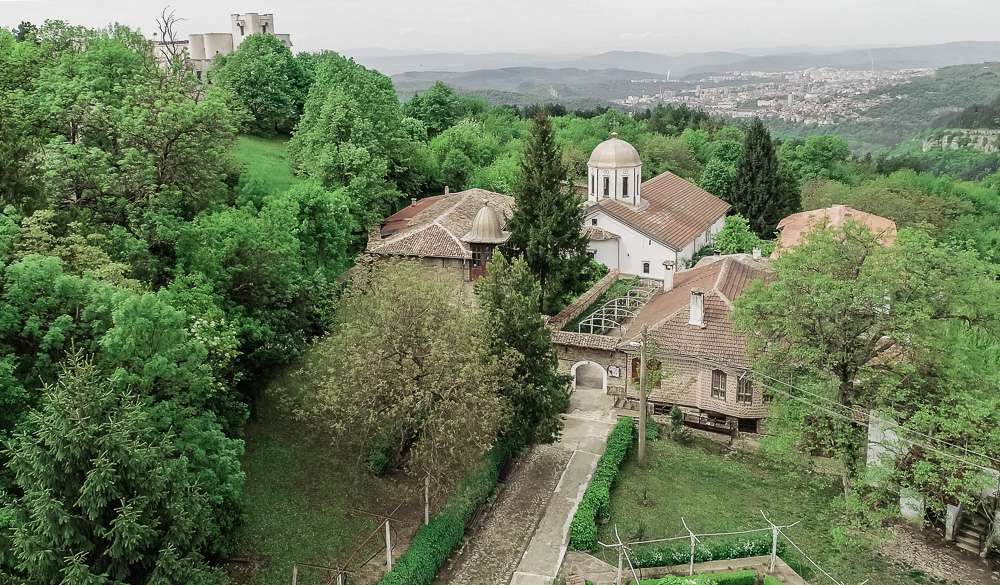 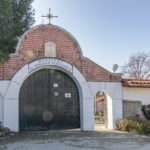 The monastery is located 5 kilometres from the city of Veliko Tarnovo, on the road to Gorna Oryahovitsa, in the south-western part of the village of Arbanasi. There is a side road on the right, from which you can see the monastery cuddled in a small valley. It was founded in the early 12th century by rulers from the Asen Dynasty. In 1393 it was destroyed by the Turks, and was not restored until 1680. That is also when the church and the chapel of Saint Elijah, with its impressive and well-preserved murals, were built. The Church of the Nativity has a single-nave structure, with a semi-cylindrical dome, a naos, and male and female wards. Some of the most remarkable murals include scenes of the Ascension of the Theotokos, life of Saint Nicholas, and a miraculous icon of the Theotokos. The iconostasis was made in the 17th century of polychrome carved wood, and the chapel icons were painted by the Tryavna Iconography School. Some of the most valuable church plate objects include a chandelier of 1746, a plated wooden cross with gemstones and enamel, and Jerusalem canvas prints. The monastery is all-female and does not provide food or accommodation, which, however, is easily available from the nearby hotels of Arbanasi and Veliko Tarnovo.

Visit to The Cathedral of the Nativity of the Theotokos, and the churches of “St. Marina” and of “St. Tsar Boris I” in Veliko Tarnovo

Overnight accommodation in a monastery in the Veliko Tarnovo area

Visit to the Monastery of the Dormition of the Theotokos and The Monastery St. Nicholas, Arbanasi

Visit to the Monastery of Saint Dimitar of Basarbovo

Visit to the Regional Historical Museum and the ancient Roman fortress of Sexaginta Prista, Ruse

Dinner and overnight accommodation in Alexandria

Departure to Drăgănești and visit to the Boian Plain Museum

Lunch near the Monastery

Visit to the Studina Monastery, Romania

Monastery of the Assumption of the Theotokos