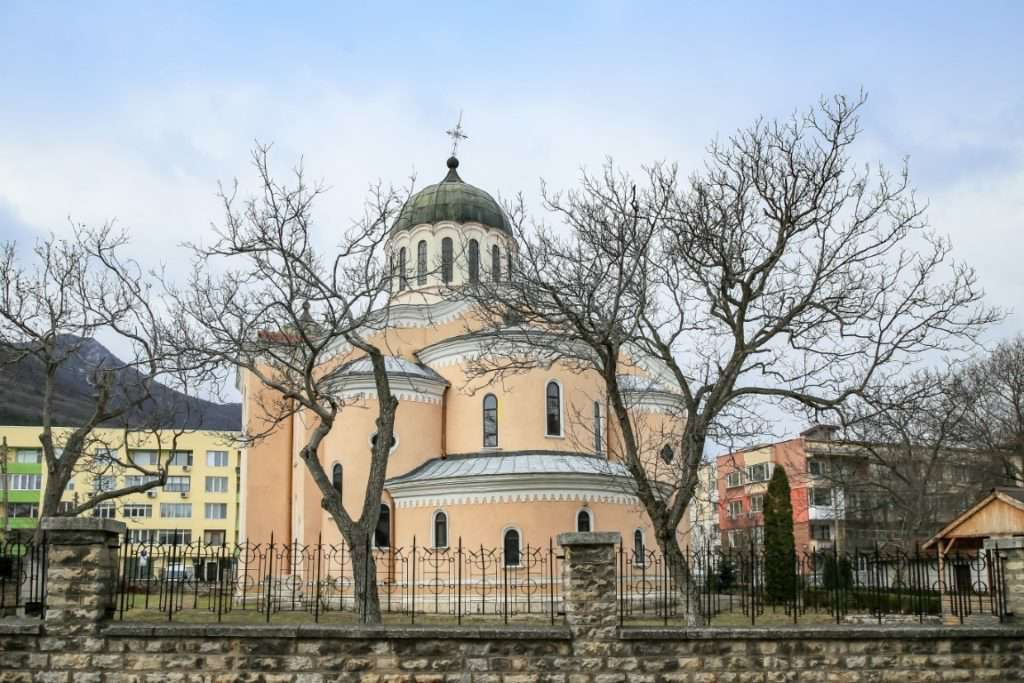 The Cathedral of Holy 12 Apostles was built on the site of an older 17th–century church and is currently the biggest and most impressive church in the city. It is a three-nave basilica, whose two side-altars honour the great Bulgarian Revival leaders Saint Paisius of Hilendar and Saint Sophronius of Vratsa. Its iconostasis, an object of astonishing beauty, is decorated with plant and animal ornaments. The church serves as the cathedral seat of Vratsa Metropolia and hosts many solemn services.

The Dormition of the Theotokos Monastery

The Church of the Holy Ascension, Vratsa