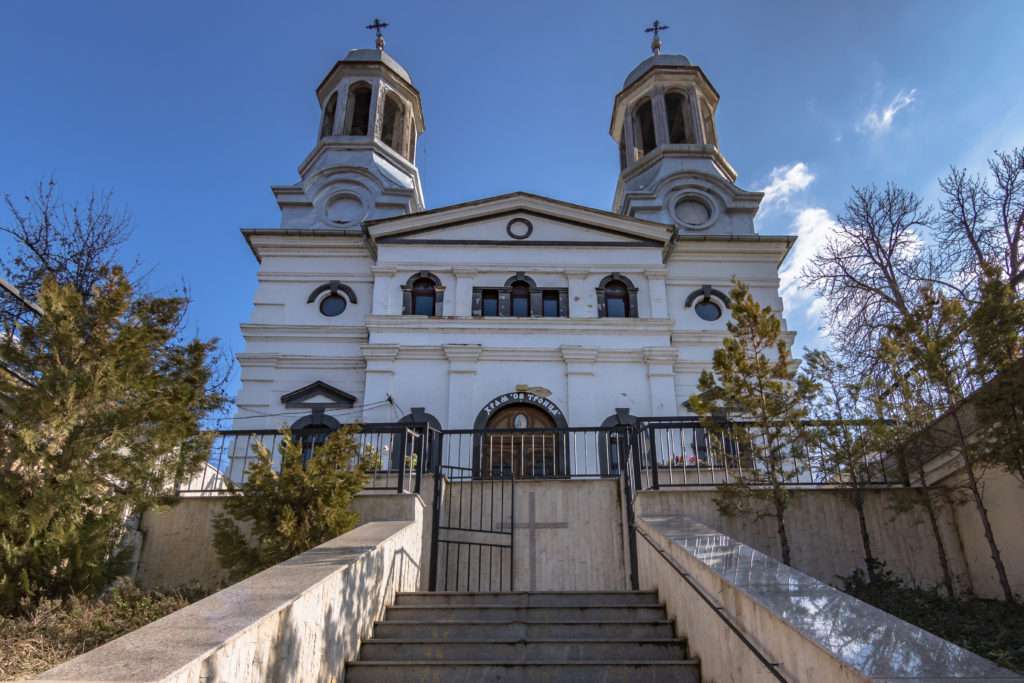 Did you know that the board of trustees of one of Pleven’s most impressive churches – the Church of the Holy Trinity – made donations to support the students at the theological seminaries of Plovdiv and Sofia, poor families, the Red Cross, and numerous school canteens? And what about the history of the church? Before, this was the location of an older church with a monastic school, which existed until 1902. The construction of the new one was largely due to the efforts of the church board, the municipal council and prominent public figures from the city of Pleven. It was with their donations, the voluntary work of local citizens and the support of the Ministry of Foreign Affairs that today’s church was built. Work began in 1892, and the first Divine Liturgy was served in 1898. Although the parishioners were mostly poor people, they managed to collect money to pay for some of the icons. The lack of funding, however, detained the sanctification of the church until 1912. For the same reason icon painting took place only in 1946.

Visit to the Madona Dudu Church, St. Demetrius Cathedral, Mantuleasa Church and the Church of the Holy Trinity, Craiova (optional)

Free time in Vidin: a tour of the Baba Tonka Fortress, visit to the Historical Museum and the Krastata Kazarma (optional)

Visit to the Strupets Monastery of St. Elijah the Prophet, Vratsa

Visit to the the Cathedral of the Nativity of the Theotokos , the Church of the Holy Forty Martyrs and the Church of St. Demetrius of Thessaloniki, Veliko Tarnovo

Free time: visit to the Samovodska Charshia and old part of the Veliko Tarnovo


Pleven Panorama Museum
GPS coordinates: 43.398876 / 43°23’56” N – 24.607181 / 24°3’25” E
Address: Park Skobelev, town of Pleven, Pleven District
This unique museum in Pleven was constructed in honor of the 100th anniversary of Pleven Epopee that depicts the events of the Russian-Turkish War of 1877-78. It was officially opened in 1977 and was built in Skobelev Park, which is the site of the four major battles that led to the liberation of Bulgaria. It is one of the dozens of monuments built by the people of Pleven in tribune to the battle and to the nearly 35 000 lives lost during the Russian-Turkish War. It is composed of four rooms: introductory, panoramic, diorame and finale. The six canvases of the introductory room discover the tragic destiny of the people, their dramatic fight and their compassion to the fellow Russian soldiers.
Source: wikipedia.com

Skobelev Park
GPS coordinates: 43.398876 / 43°23’56” N – 24.607181 / 24°3’25” E
Address: Skobelev Park, town of Pleven, Pleven District
We could name this park in Pleven an outdoor museum. It is located at the site of the major battles of the Russian-Turkish War of 1877-78, where the troops led by General Skobelev fought in the most difficult battle during the third attack of Pleven in September 1877. Thousands of Russian and Romanian soldiers were killed and injured here. There remains are stored in nine common graves and an ossuary. The Pleven Epopee is also located here.
Source: wikipedia.com

Natural park “Kaylaka”
GPS coordinates: 43.391960 / 43°23’31” N – 24.622266 / 24°37’20” E
Address: the entrance is at the end of San Stefano Str., at the end of Pleven
If you are visiting Pleven and would like to relax away from the busy daily life of the town, you should visit the Kaylaka Park, which is a protected natural area. It is located to the south of the city center. The park is inhabited by many animal species and protected plants that are included in the Red Book. The rocks of the park preserve fossils of ancient aquatic organisms. The park offers a variety of recreational opportunities, even for those who prefer extreme sports, because there are cliffs suitable for rock climbing. In addition, there are plenty of artificial lakes, boats, water wheels, swimming pools, hotels, cafes, restaurants, playgrounds, tennis courts, zoo and summer theater.

Chapel and Mausoleum of Saint George the Trophy-Bearer, Pleven

The Dormition of the Theotokos Church