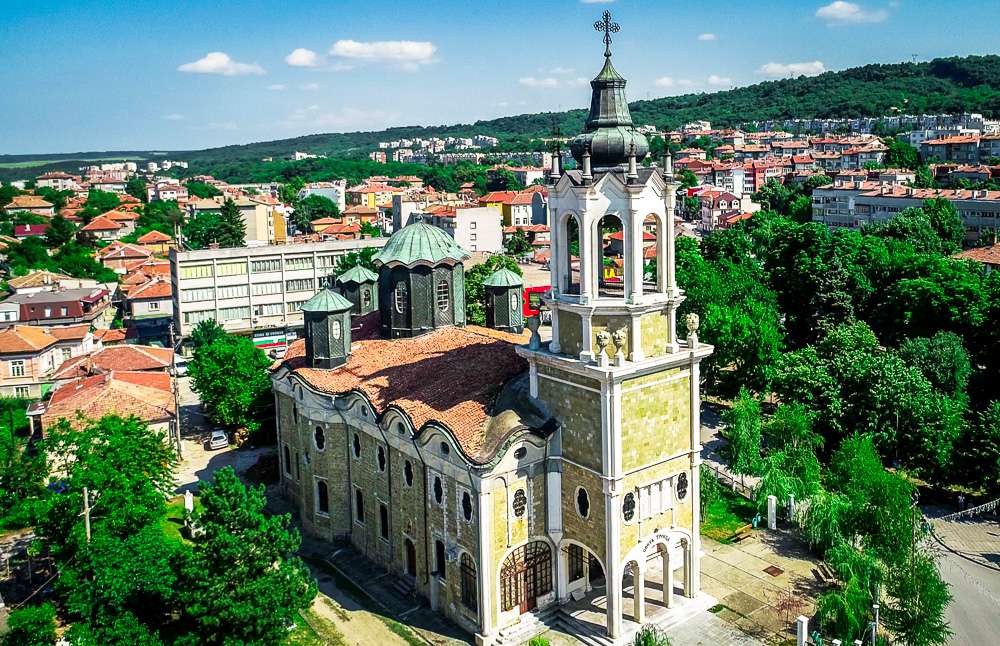 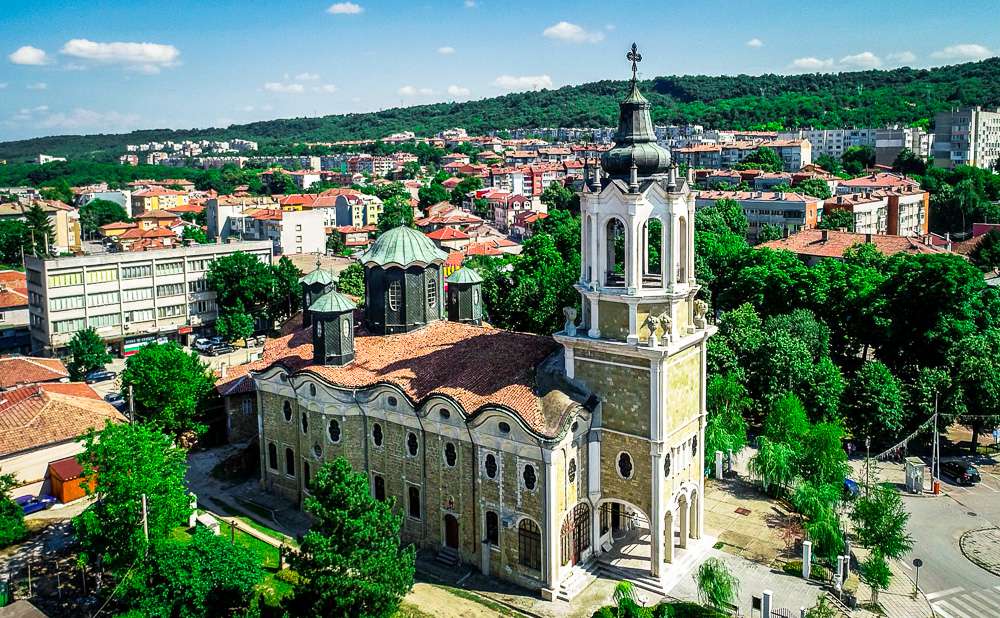 This Orthodox church, built in 1867, is located at the highest spot in the town. It was one of the last works of the prominent Revival master craftsman from Tryavna Kolyu Ficheto. Architecturally, it is a three-nave basilica with a central dome and three smaller domes. The external façade features his signature cornices, rhythmic articulation, alternating blind arches and stone mouldings, and an undulating apse. The bell tower, added in 1886, was designed by master Gencho Novakov. A unique design feature is the presence of the two gate columns rotating around their axes. The iconostasis was created by master Anton Stanishev of the Debar School. Of the church icons 79 were painted by Nikolai Pavlovich from Svishtov, and 120 – by Danail Nestorov, a descendant of a Debar family of masters. The six bells, bearing images of Christian saints, were donated by the Russian Emperor Alexander II.

Pilgrimage Tour “In Search of the Holy Places of Christianity”