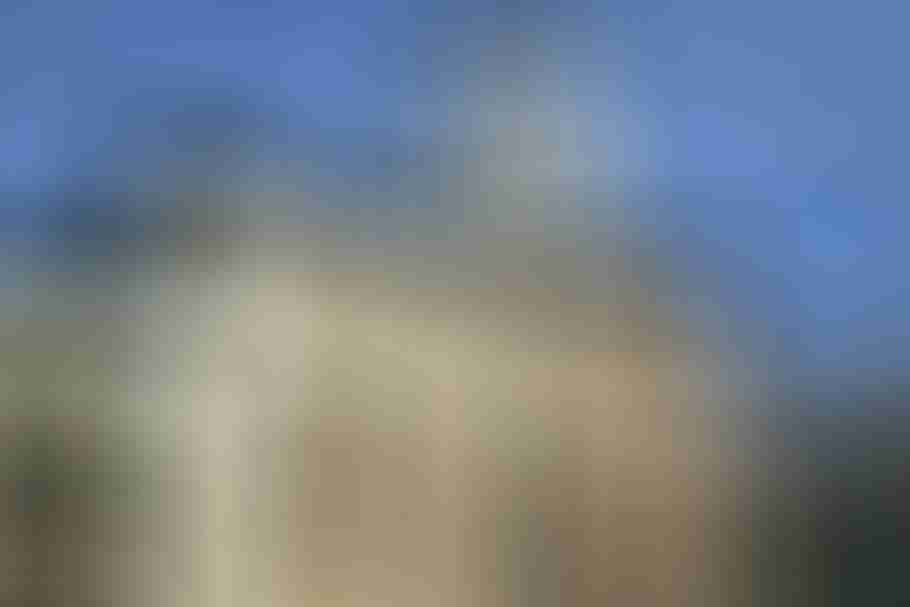 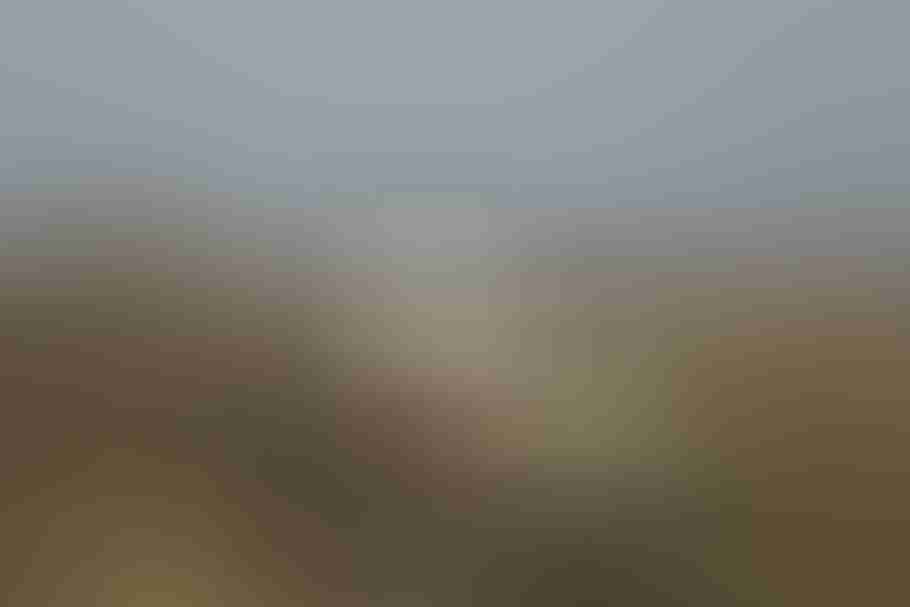 There are dozens of reasons to visit Brâncoveni Monastery. It was built at the beginning of the 16th century by the Brâncoveni boyar family. They erected the architectural ensemble, which later bore their name, as a refuge place. In 1634 Matei Basarab began restoring and expanding the complex by the addition of an elaborate fortification system. The bell tower, the spacious vaulted cellars and the battlements are survivors of those times. The present-day church was built at the site of the old one by Constantin Brâncoveanu in 1700, who also added a smaller church-and-hospital in 1702. The big church has a cross-in-square plan with an open narthex, and is supported by eight stone columns in the centre. Its gold-plated iconostasis is well preserved. There is a dome rising above the central part of the church, and its gates are carved and made of solid oak. Several graves have been found in the church, including the grave of Papa Brâncoveanu, Constantin Brâncoveanu’s father. The murals were painted in 1837 by unknown artists. Between 1940 and 1959 Brâncoveni was an all-female monastery, but in accordance with Decree 410/1959, it was dissolved and used as an old people’s home for some time, before it was completely abandoned for 20 years. After 1980 several nuns arrived from Clocociov and began to repair the complex. Today the monastery has been fully restored.

Visit to The Cathedral of the Nativity of the Theotokos, and the churches of “St. Marina” and of “St. Tsar Boris I” in Veliko Tarnovo

Overnight accommodation in a monastery in the Veliko Tarnovo area

Visit to the Monastery of the Dormition of the Theotokos and The Monastery St. Nicholas, Arbanasi

Visit to the Monastery of Saint Dimitar of Basarbovo

Visit to the Regional Historical Museum and the ancient Roman fortress of Sexaginta Prista, Ruse

Dinner and overnight accommodation in Alexandria

Departure to Drăgănești and visit to the Boian Plain Museum

Lunch near the Monastery

Olt County Museum
GPS Coordinates: 44.430361 / 44 ° 25’49 “N – 24.359963 / 24 ° 21’36” E
Address: 1 Ana Ipătescu str., town of Slatina, Olt county
The Olt County Museum was founded in 1952, but the idea for the establishment of this site had already emerged since the first years after the end of World War I, because many documents, books, historical objects etc. had been donated during this period to establish the museum of Olt. Housed in a beautiful historic building in the centre of Slatina, the museum enjoys exceptional interior design, with generous and well-appointed spaces that accommodate collections and exhibits of great historical and artistic value. The Slatina History and Culture Section is set up in 5 halls, inaugurated on April 23, 2003. It exibits many landmarks of the history of Slatina and historical testimonies of the development of the region: old documents, coins, books, worship objects, plans, sketches and old photography, along with reconstructed vintage sceneries such as a reception salon and shops.

Museum of Romanațiului
GPS Coordinates: 44.109371 / 44 ° 6’33 “N – 24.348064 / 24 ° 20’53” E
Address: 17 Iancu Jianu Street, town of Caracal, Olt county
The name of the Museum of Caracal derives from the old name of the region „Romanați“. The idea of setting up a museum here came in the early twentieth century, when Ion Hagiescu Miriște, a famous magistrate from Caracal, bought a building in 1900 aiming to arrange a spare space for displaying paintings and sculptures. Upon his death in 1922, this great art-loving man left this property to Romanați community as his will was to continue the promotion and the support of beautiful arts by setting up a Museum. It was not achieved due to the lack of interest by the local authorities. His heirs sold vast majority of the works of art. It was only in 1949 when the Romanați Museum was founded. Originally it had 2 sections – history section and art section. In 1950, the museum was moved to a larger building, consisting of 23 rooms. Today, the museum has 4 main sections: archeology and history section, the memorial section of Iancu Jianu, art section and ethnography section. It houses impressive collections. Its history section preserves over 20,000 artefacts, some are over 6,000 years old, as well as many objects from the Roman period originating from the Romula settlement, located near Caracal. Roman statues and sarcophagus are grouped into a lapidarium. The art section includes a collection of over 500 paintings and other works of art, while the Roman collection of gems and semiprecious stones is the fifth largest in the world.

The National Theater of Caracal
GPS Coordinates: 44.113239 / 44 ° 18’56 “N – 24.309577 / 24 ° 20’22” E
Address: 10 Victoriei square, town of Caracal, Olt county
The National Theater of Caracal is housed in a building, which is certainly one of the most representative and most beautiful architectural work here, more than a century old. The construction works began on 14 July 1896, following the plans of the Austrian architect Franz Bileck and the building was completed in 1901. That year, the town of Caracal had about 12,000 inhabitants and an exceptional cultural life. Between 1959 and 1960, major renovation works were carried out. Unfortunately, a devastating fire in 1987 put an end to the theater performances here. Reconstruction works lasted for many years, but finally, on December 19, 2008, the building was reopened to the general public, with its brilliance and the elegance of the past.

Sucidava Fortress
GPS Coordinates: 43.765217 / 43 ° 45’55 “N – 24.459036 / 24 ° 27’32” E
Address: Celeiu village, town of Corabia, Olt county
The Sucidava Fortress is situated on the Danube, a few km away from the town of Corabia. This fortified settlement was founded by Roman troops between 257-275 AD as a Roman defense camp comprising of 8 to 10 towers, urban settlement, an old Christian basilica, Romans’ baths and paved streets. There is a secret fountain, which is a remarkable architectural achievement. The Romans built this settlement on the site of an older metropolis, identified as the capital of a Dacian tribe. A bridge of Constantine the Great was built near the fortress with a length of about 2,400 meters, connecting Sucidava with Oescus settlement across the Danube. Some ruins from the bridge can be seen today.
The town was rebuilt and enlarged several times during the Byzantine period under the rule of the emperors Theodosius II and Justinian the Great. It was later destroyed by the invasions of the Huns. It seems to have been completely abandoned by the Byzantines around 600 AD. The fortress survives the times, and appears in the historical accounts of Mihai Viteazul’s time as a defense garrison on the Danube against the Ottomans.
Many pieces of bricks still keep the visible sign of the fish, an early Christian symbol. The most interesting historical element is the Secretă Fountain, which was built in the 6th century, but was discovered only in 1958. Obviously, its was used as water supplier of the town during the long sieges. The houses of the town had floor heating system installed, an innovative solution at the time. There is a small museum at the entrance to the fortress where visitors can admire some of the objects found here, bronze adornments, lead rings, seals, ceramic fragments, even cross-shaped cult objects. The church, discovered here, is considered as the first Christian church on the territory between the Danube and the Carpathians.

The Boian Plain Museum and the Neolithic Village (Muzeul Câmpiei Boianului)
GPS Coordinates: 44.155135 / 44 ° 9’18 “N – 24.539289 / 24 ° 32’21” E
Address: 33 Nicolae Titulescuр at the entrance to Drăgăneşti, Olt, Olt county
The Boian Plain Museum was established at the initiative of Prof. Traian Zorzoliu, who has devoted his entire life to achieve this goal. It is a unique place in Romania. It is practically an outdoor museum that tells about the folklore traditions of this area of about 6,000 years ago. There is a small church, a traditional peasant house as well as six clay huts of a rebuild village from the Neolithic in the courtyard of the museum. The collection comprises of over 6,000 exhibits, tools, ceramics, fabrics, blacksmiths. The courtyard is a typical dwelling for this plain area. Inside there were usually 2 rooms, one used for cooking and dining, the other for living and sleeping. The dowry box was also obligatory, filled with bedding and family heritage. One of the huts represents a fisherman’s dwelling, another is a farmer’s one as well as a potter’s house. The streets of a typical village from this period were no more than two meters wide, and sometimes the huts were glued to one another. Their construction was low because the people’s height did not exceed 1,50-1,60 m. The houses had no ceilings, but were lined inside. Each hut had a fireplace. There are reconstructed objects from the Neolithic period exposed here, tables, cult altars, household tools. The inauguration of this prehistoric village was in 2010.

Monastery of the Holy Trinity, Strehaia